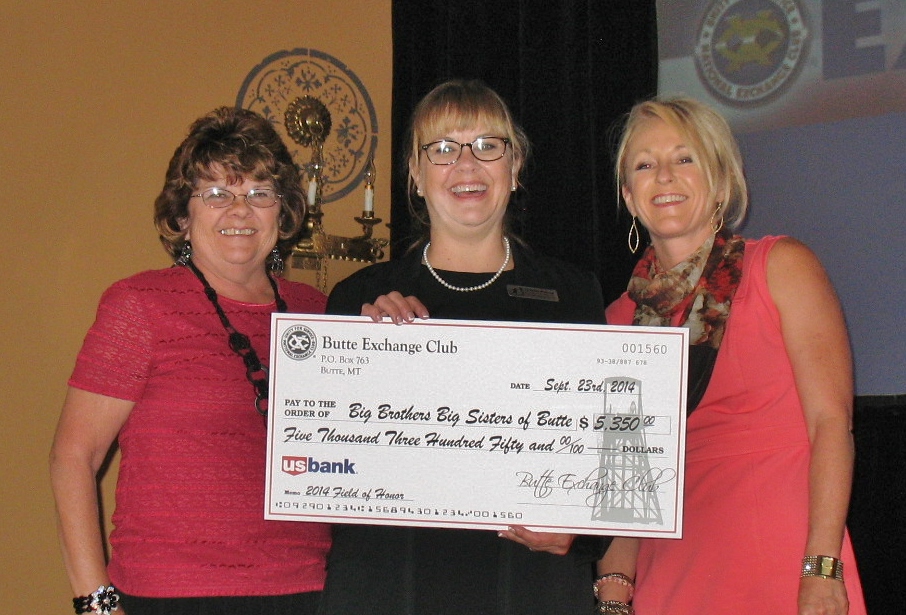 The Butte Exchange Club has recently announced it contributed almost $80,000 to the local community since July 2013.  The Club’s mission is to make the community a better place to live through projects that promote Americanism, community service, youth activities and the prevention of child abuse.

During the club’s regular operations in the 2013-2014 fiscal year, $28,700 was contributed to local projects and organizations. To support the development of leaders for the future, $7,800 was awarded in college scholarships as part of the Club’s Youth of the Year and Turn Around Student of the Year programs.   $11,500 was donated to local organizations that work to prevent child abuse and strengthen local families.  Through the Club’s Spirit of Christmas project $2,500 was donated to support local foster and other needy children.   $4,300 was spent to install a Freedom Shrine of historical documents at the Butte-Silver Bow Courthouse and to distribute flags at the Butte Fourth of July Parade.  $2,300 was donated to other local non-profit organizations.