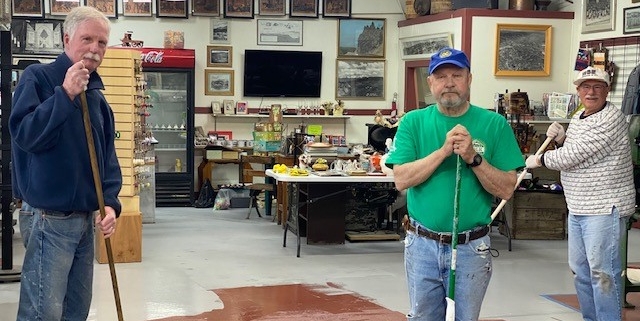 This winter, the Garbage Gang continued its work at the World Museum of Mining. The hardworking group, including Jim Stilwell, Pat Cooney, Ernie Richards, Dave Daugherty and volunteer Jay Cornish, painted the floor of the Museum Headquarters building.

Spring is here and the Garbage Gang is starting to pick up litter, now that the snow is mostly melted. On Thursday March 31 the group held its first litter pickup of the season. Jim Stilwell, Ernie Richards, Dave Daugherty, Lee Walsh, John McBride and volunteer Jay Cornish removed a pickup truck full of litter from only a block or so along Howard Street.

Youth of the Year and ACE Award