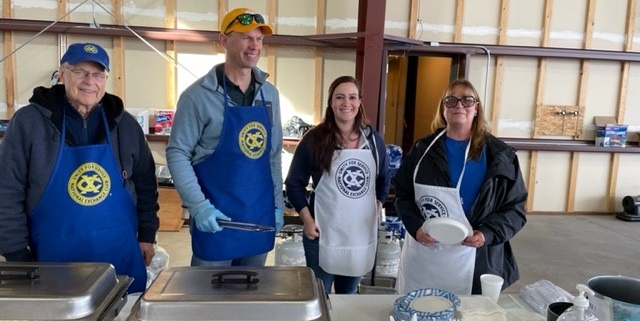 The Butte Exchange Club played a major role in the annual Wings and Wheels event sponsored by the Civil Air Patrol and held on June 11, 2022 at the Bert Mooney Airport in Butte. The Exchange Club’s role was to serve a complementary Pancake and Sausage Breakfast to the attendees. Voluntary donations to the Civil Air Patrol were encouraged. Our fifteen Club volunteers were kept very busy as about 1000 people attended despite cold and rainy weather. One hundred pounds of sausage and upwards of 2000 pancakes were served. The event, now in its second year, was judged to be a great success and plans are already under way for a bigger and even better show in 2023!

Installation of Officers and Directors