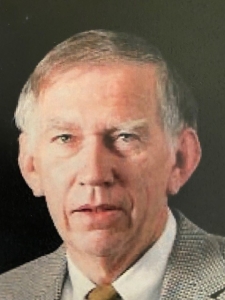 Dr. Larry LaRock was born in Helena Montana in 1942. He graduated from Montana State University and the Pacific University School of Optometry. He began his practice in Butte in 1969. Larry retired in 2004 and sold his practice to Exchange Club member Dr. Mike Monson.
Larry was very active in his profession, serving two terms as president of the Montana Optometric Association. He was a fellow of the American Academy of Optometry.
Larry married Alana Lencioni in 1972. They would have been married fifty years on July 31. Larry and Alana had one daughter, Lani Maarcee.

Larry enjoyed snow and water skiing and was a rabid fan of the Gonzaga University Basketball team. 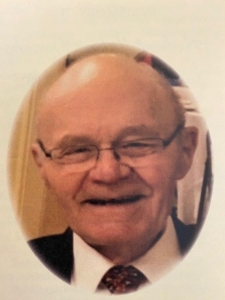 Bob Brooks was born in Lewistown Montana in January 1936. He graduated from Fergus High School and Montana State University. He graduated from the University of Montana Law School in 1962.
Bob began his legal career in Montana as the Powder River County Attorney. He was appointed to the U.S. Attorney’s office in 1984. He served as an Assistant US Attorney until he retired in 1998. Bob was very active in civic affairs including the Butte Exchange Club, the Butte Public Housing Authority, the Montana Association for the Blind, the Ronald McDonald House and the Episcopal Church.

Bob was married to Blanche for 63 years. They had three children: Paul, David, and Susan, ten grandchildren and 7 great-grandchildren.

Bob and Blanche were regulars at the Gamer’s Café in Butte where they could be frequently be found on Saturday mornings. Bob also took great pride in his 50 year-old pickup truck which he still drove on occasion.

Lady of the Rockies Trip
Scroll to top